Planting out Pillwort at Strensall Common

Back in May 2018 we embarked upon a new project to protect the few remaining populations of Pillwort (Pilularia globulifera) and Pond Mud Snail (Omphiscola glabra) in Yorkshire. The area around York was once a stronghold for these species, but sadly the increase in water pollution and changes to how we manage land has resulted in the loss of many populations in the area.

With funding from the North Yorkshire and York Local Nature Partnership Community Fund 2018, the Yorkshire Pillwort and Mud Snail Recovery Project focused on three Flagship Pond sites and a handful of sites found during PondNet surveys.

Anne, our project officer for northern England, helped staff and volunteers develop their survey skills, and take action for Pillwort and Mud Snail. Over five months, this is what they achieved:

At this Flagship Pond site near Catterick, a training session was followed by a successful search for Pillwort on a neighbouring site, and a work party to weed around the Pillwort on Foxglove Covert’s wetland area.

Volunteers also grew on some Pillwort plants and planted them into a new pond, strengthening the population by ensuring the Pillwort is no longer restricted to one area of the site.

There are now volunteers in place to monitor the transplanted Pillwort in the future.

Skipwith is a Flagship Pond site that once supported a large population of Pillwort amongst the many other interesting freshwater plants. Sadly, the main Pillwort pond had changed a lot, shaded by dense tree growth and silted up. The was Pillwort long gone, feared lost from the site completely. The tiny fern has only recently been re-found on the site, in a single pond, by a fern surveyor on a hunch.

‘Pillwort Pond’ at Skipwith once supported a large population of Pillwort. the hope is that recent management work will encourage Pillwort to grow again from spores in the silt.

A small amount of Pillwort was collected from the site so that it could be grown on. Following a training session, volunteers helped to search ponds for Pillwort, and look for ponds that may be suitable for transplanting Pillwort.

The volunteers and staff spent a couple of days preparing sites to receive new Pillwort plants, and Natural England were able to get a digger in to clear more silt from ‘Pillwort Pond’. Unfortunately, many of the ponds were completely dry and the team were not able to plant out Pillwort in all the ponds they had planned to.

However, members of Yorkshire Fern Group agreed to revisit the site later in the year to transplant collected Pillwort and spread more spores. They will also continue to monitor these populations as an ongoing project.

Work at Strensall Flagship Pond site began with the collection of plants Pillwort from Pillwort Pond. This pond was dug as part of the Million Ponds Project and now supports a large population of Pillwort and Pond Mud Snail. A local volunteer trialed growing rhizomes in standard potting compost, and in low nutrient pond plant compost. Neither of the techniques was very successful, but subsequent plants collected with original substrate did thrive and the lessons learned will help to inform advice about propagation in the future. 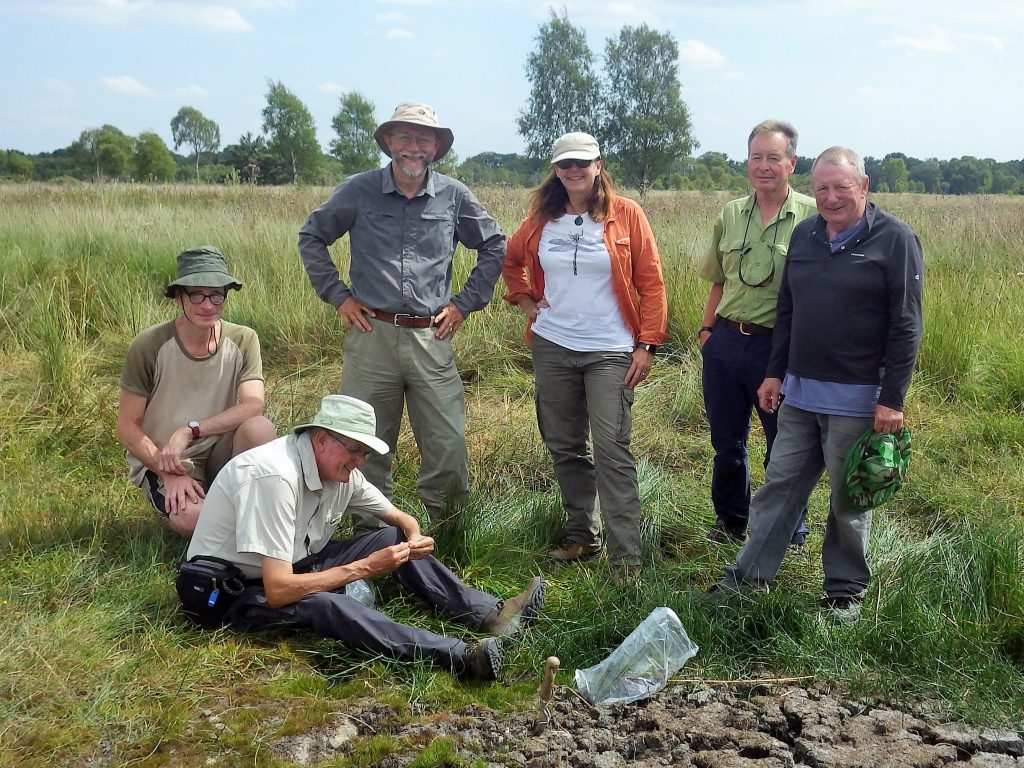 A training session was followed by surveys to look for Pillwort and suitable sites for translocation of Pillwort plants.

Volunteers planted out Pillwort in several ponds, and were found to be growing really well in the following months. Local volunteers, including members of the Yorkshire Fern Group, are ready to monitor progress, transplant further Pillwort and spread more spores in the future.

Sadly, the very dry conditions this summer made Pond Mud Snail surveys impossible at Bishop Wood, but volunteers spend some time removing Himalayan Balsam to improve the habitat about the ponds.

Local volunteers plan to revisit the ponds to search for Pond Mud Snail when conditions are more favourable.

Anne led a training session on Pond Mud Snail survey methods but due to the unusually dry conditions, it was not possible to survey the ponds, despite extending the project to the end of September.

However the volunteers were able to create a new pond, clear scrub, and make other habitat improvements. Hopefully, as the water returns, the snails will respond to the changes.

We wish to say a big thank you to everyone who devoted their time and expertise to this project. We’re confident that both Pillwort and Pond Mud Snail have a much better outlook in Yorkshire now, with people keeping an eye on them.

A Pond Mud Snail, in a tank at Foxglove Covert visitor centre

One response to “Yorkshire Pillwort Update 2018”