Rawcliffe Meadows, along with the Clifton and Rawcliffe Ings, is part of the Ouse Ings floodplain to the north of the City of York.

The Flood Basin at Rawcliffe Meadows is a two hectare man-made wetland, created about 35 years ago when local flood defences were upgraded. The basin provided spoil for construction of the adjoining barrier bank, exposing the underlying laminated glacial clay. This is an ideal substrate for pond creation, and Friends of Rawcliffe Meadows, who have managed the site for over 25 years oversaw the excavation of over 15 ponds in the basin since the early 1990s. Although the larger scrapes have been excavated by machine, most of ponds have been hand-dug by volunteers. The Flood Basin ponds are situated within a mosaic of wet grassland and fen with fringing scrub. Along with the adjoining hay meadows, the basin is grazed by cattle between August and early November with a brief period of spring grazing in some years. It is managed as part of a Higher Level Stewardship agreement, with the option for maintaining high-value ponds requiring that aquatic habitats are kept in favourable ecological condition. 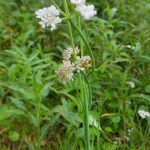 Site owners/managers: Owned by the Environment Agency. Managed by the Friends of Rawcliffe Meadows.