To underpin conservation action Freshwater Habitats Trust, in partnership with River Thame Conservation Trust and Thames Water, undertook analysis to identify the Important Freshwater Areas of the River Thame Catchment (IFAs). IFAs are locations of regional or national importance for freshwater biodiversity where protection, restoration and expansion should be prioritised to stem the decline in freshwater biodiversity. Here the analysis focused on a river catchment level and the IFAs identified are of local or catchment importance.
IFAs typically comprise of groups of important freshwater habitats or wetlands, or areas with significant concentrations of freshwater Species of Conservation Concern (SOCCs).

For more information on the IFA analysis please read the full report. 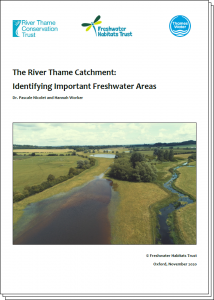 Map of Catchment IFAs. IFAs are shown in blue. pIFAs in green.

pIFAs (or potential IFAs) are locations where there is insufficient data to award full IFA status, but it is suspected that further surveys and investigations may identify it as a key area.

The IFA concept can be applied to any area. Other areas with available IFA reports include: 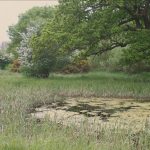 The IFA analysis for the Thame Catchment was funded by Thames Water and undertaken through a partnership project with the River Thame Conservation Trust. 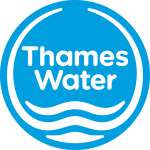