The PondNet monitoring network for Great Crested Newts, is an annual survey of 131 randomly selected 1 km grid squares spread throughout England. The 380 ponds which are encompassed by this network, are surveyed by volunteers and project officers using eDNA (environmental DNA). The presence of Great Crested Newts is detected during laboratory analysis of a water sample, which is collected using a standardised methodology from each pond in May and June.

We have now completed 4 years of survey (2015-2018), visiting the same ponds annually to build a picture of status and change. Whilst this is still a relatively short timescale, we can begin to report with greater certainty on the current status of Great Crested Newts in England.

The number of occupied 1km grid squares: We estimate that between 11-21% of 1 km grid squares in England are occupied by Great Crested Newts (95% confidence), and in the short term (over the four years of survey), this isn’t changing.

You can read a detailed report on the finding over the first three years of survey 2015-2017, along with a summary of the 2018 results (below). We have also summarised the results from individual sites for the south, central and northern PondNet regions. 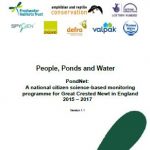 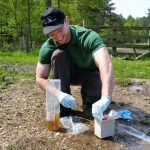 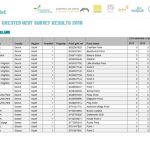 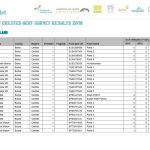 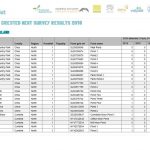