Located at the most southerly tip of the UK on the Lizard Peninsula in Cornwall, three of our Flagship sites; Grochall, Predannack and Windmill Farm, boast some very rare and unique species and habitats.

They are found within an area of serpentine heathland known for its stunning scenery and unparalleled biodiversity value; reflected in their designation as part of the Cornwall Area of Outstanding Natural Beauty, West Lizard Sites of Special Scientific Interest and the Lizard Special Area of Conservation.

Grochall, Predannack and Windmill Farm, managed by the Cornwall Wildlife Trust and the National Trust, owe their uncommon species diversity to their underlying serpentine geology and longevity of non-intensive land management. Serpentine rock was formed more than 600 million years ago and started life on the ocean floor. During serious tectonic activity, the ancient sea floor was thrust up against the continental rock and became part of the Lizard landscape seen today. 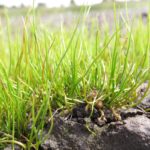