One of Britain’s rarest water plants, Tassel Stonewort (Tolypella intricata), has delighted conservationists following its recent appearance in ponds near Stroud, Gloucestershire. The plant is extremely sensitive to water pollution and is classified as Endangered. Tassel Stonewort is unusual because it grows in winter, before producing spores in spring and dying back in summer.

Tassel Stonewort has surprised and delighted conservationists after it appeared in three ponds recently restored for great crested newts, near Stroud in Gloucestershire. The plant was found following work by Newt Conservation Partnership where ponds were being managed as part of the NatureSpace ‘District Licensing’ scheme for great crested newts, which is licensed and regulated by Natural England. 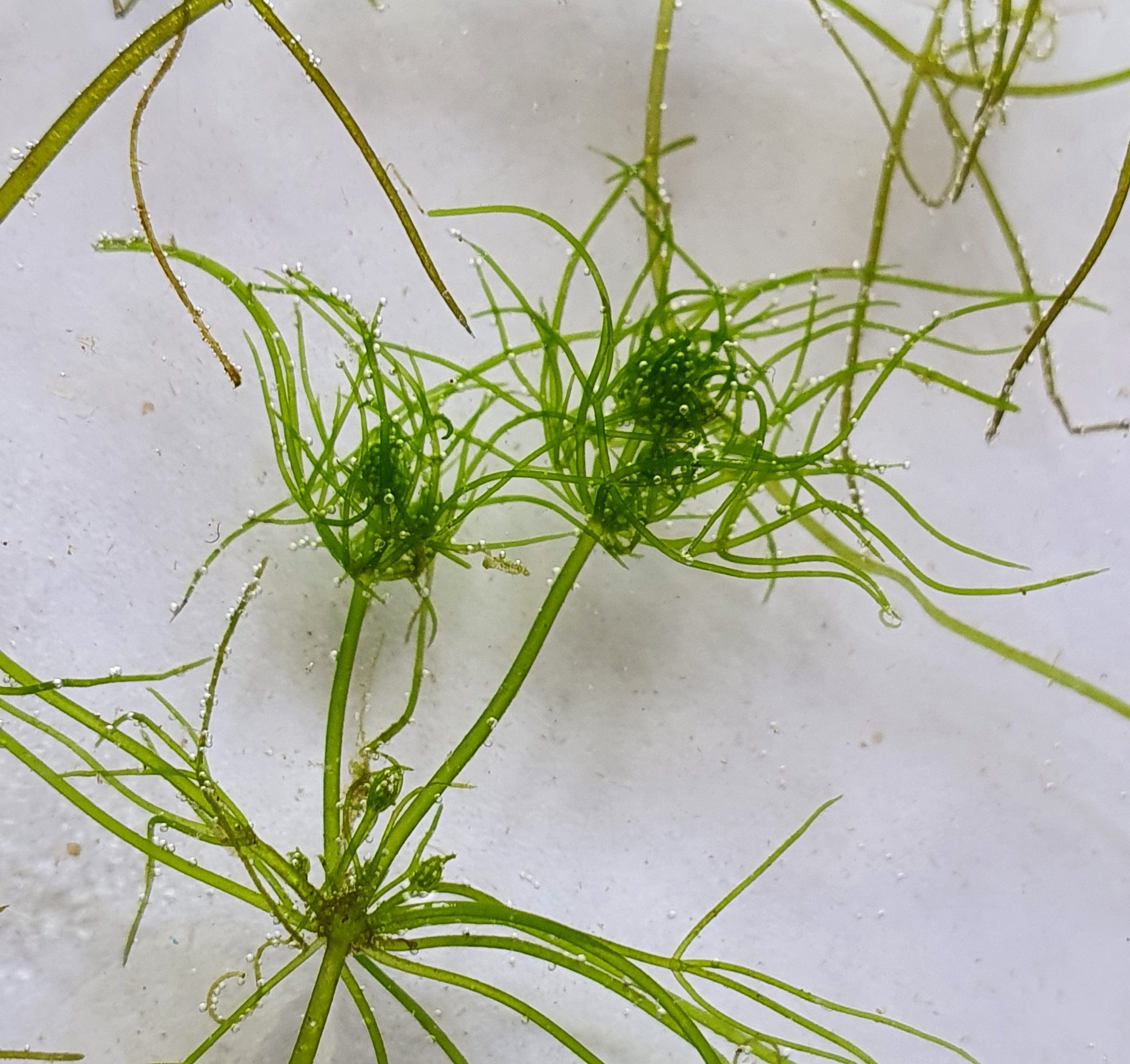 The discovery was made by Dr Pascale Nicolet, CEO of Newt Conservation Partnership, who said: “This is a very exciting discovery, and we are very pleased that work aimed at creating habitat for great crested newts has also led to the resurrection of a population of one of the most threatened water plants in Britain. It shows the importance of clean water and allowing countryside ponds to vegetate naturally after restoration or creation, because each successional phase of a pond’s life supports different wildlife communities.”

Commenting further, Dr Nicolet noted that: “The importance of ponds for freshwater wildlife has long been underplayed compared to rivers, but new research and practical projects are increasingly showing the critical importance of these special habitats. The discovery near Stroud is an excellent example of how creating and restoring clean water ponds brings quick conservation wins for a variety of freshwater wildlife.”

The plant’s identity has been confirmed by Nick Stewart, one of the foremost aquatic botanists in the UK and national stonewort referee. He commented: “Stoneworts are connoisseurs of clean water and have suffered due to both pollution and habitat loss. The decrease in grazing has also led to many ponds becoming overgrown or dominated by species which can tolerate pollution, like bulrush. Finding a completely new population of this rare plant is very positive indeed for the survival of this species.”

Prior to this new discovery, Tassel Stonewort has only been seen at a handful of locations in England over the last 20 years. Elsewhere in England, rare water plants have also recently been discovered in other conservation projects in County Durham, and in farm ponds in Suffolk and Norfolk.

The farm where the Tassel Stonewort ponds are located is already managed with conservation in mind. The landowner will continue to work with the Newt Conservation Partnership as part of the NatureSpace District Licensing scheme to ensure the ponds remain in optimum condition for Tassel Stonewort. Further work to restore and create ponds for great crested newts is also planned for the area.

The NatureSpace District Licensing scheme is a method of compensating for great crested newts during development in the South Midlands and Gloucestershire. Further information is available here:  www.naturespaceuk.com/district-licensing-scheme/

The full press release is available to read here.

Further information about Tassel Stonewort can be found here.